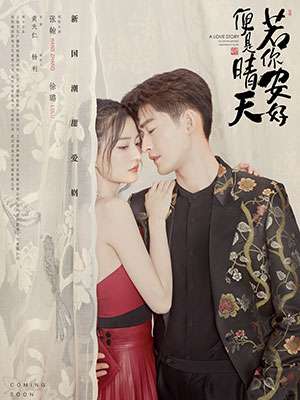 Where to Watch Sunshine of My Life

From Shanghai to Suzhou to Paris is a romantic love story between the proud eternally single workaholic man Tang Mingxuan and a bubbly young designer.

Tang Mingxuan who is the general manager of Mingyuan Fashion Group is a pioneer in the industry. For him, work always came first until the day he met Mo Fei, a young designer who tends to do things outside of the norm.

Their paths crossed because of a design competition. Through Mo Fei's uniquely Chinese designs, Tang Fei begins to understand the value of traditional embroidery. Even though sparks fly in their every encounter, the two never confess their feelings as Mo Fei is about to study abroad while Tang Mingxuan keeps busy with his plans for the company. Furthermore, his childhood friend also gets in the picture.

Mo Fei goes to Paris as planned and leaves her first love a thousand miles away in China. After many twists and turns, their hearts come home to each other as their dreams shine brighter because of love. Tang Mingxuan and Mo Fei join hands to launch an overseas expansion plan. As time passes, their original intentions never change.