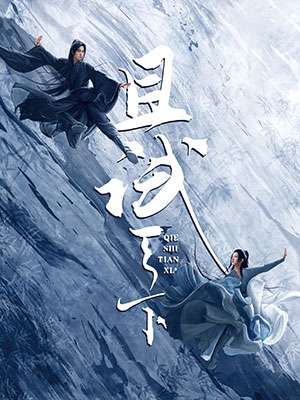 Where to Watch Who Rules the World

Hei Fengxi is handsome and elegant while Bai Fengxi is majestic and unrestrained. They are opposites like black and white and unrivalled in skill. Caught in the warfare and chaos of the martial arts world, the flowers of love begin to bloom amidst the blood that has been sacrificed in the last ten years.

Feng Lanxi's appearance is peerless, his mind is quite deep, calculating. He seems to be unhurried, but in fact the chess game is already in his hands. In Jianghu, he is the god-feared Hei Fengxi. In the court, he is pretending to be a weak son. He has carefully arranged a big game, that is, to succeed the Feng country, rule the world, and end the war suffering of people, restore peace and prosperity, because this is the mission he was born with.

Because of the dislike of the imperial court disputes, she is obsessed with fighting to do justice in Jianghu. Later, after the death of her father, she inherited the throne and became the Qing King.

During the period of fighting for chivalry in Jianghu, she met Feng Lanxi, who is equally famous as herself. The two also have a chivalrous heart, so although they are always bickering, they actually appreciate each other inside.