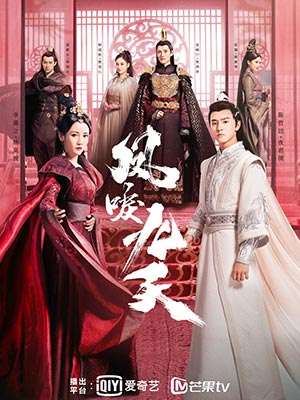 Where to Watch Renascence

The drama tells the story of Yao Moxin, the Empress of Great Chu, who is murdered by a traitor and reborn into her younger sister Yao Mowan. Then she fights side by side with Prince Su, Ye Junqing, step by step to find the truth and solve the mystery, growing and gaining friendship and true love.

When Yao Moxin's soul enters her sister Yao Mowan, who is chased by the enemy at the moment, she falls off the cliff at a time of crisis and loses her memory.

Yao Mowan and Prince Su of Da Chu, Ye Junqing, gradually fall in love with each other under a series of accidents, but just when they both want to express their feelings for each other, Yao Mowan know the fact that she is Yao Moxin and that she has been murdered by an enemy. In order to take revenge, Yao Moxin re-enters the palace with the body of his younger sister Yao Mowan.

When she first enters the palace, Yao Mowan finds the enemy who killed her sister Yao Moxin among several concubines, and realizes the nature of Emperor Ye Hongyi, and is determined to take back the kingdom for Ye Junqing. In the process, Yao Mowan has met Chu Mobei and Han Jinyi successively, and owed countless love debts.

In the end, Yao Mowan finally fulfills her promise to avenge her bloody feud and return her beloved, Ye Junqing, beautiful rivers and mountains.