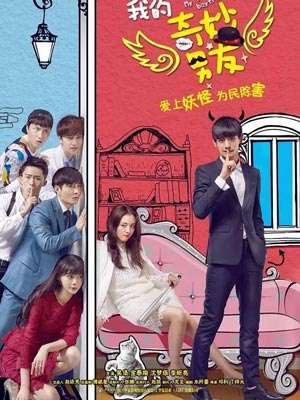 Where to Watch My Amazing Boyfriend

The drama tells the fantasy story of a mutant who is accidentally awakened after sleeping for a hundred years and starts to investigate the cause of his death.

Xue Lingqiao, a mutant, is accidentally awakened by the unlucky actress Tian Jingzhi in a car accident after a hundred years of sleep. With a weird background and extraordinary ability, he moves into Tian Jingzhi's house with both soft and hard tactics. Tian Jingzhi pretends not to care, but secretly tries to get rid of this "monster". Unexpectedly, such mutual torture has caused the relationship between the two to heat up, and the ambiguous feelings have quietly spread. However, it is not only the love of Xue Lingqiao and Tian Jingzhi that has gradually become clear, but also a great conspiracy that spans a century of history has slowly surfaced.