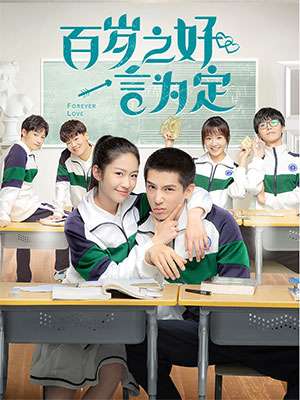 Where to Watch Forever Love

A story that follows two people's brave pursuit of love from their campus days to their humble beginnings as they enter the workplace to chase after their dreams together.

Xia Linxi's senior year is full of radiance while Jiang Zhenghan's is in peril. Jiang Zhenghan is doing everything he can to earn money and ends up becoming the tutor of a very unwilling Xia Linxi who still hasn't forgotten their terrible first meeting.

When the two felt love for the first time, it was sweet and pure. It's the kind of love that you want to profess to the world but it wasn't until after their gaokao exams that their feelings became more clear. Just as they wished, Xia Linxi and Jiang Zhenghan are admitted to the same university. From their youth to adulthood, from the school to the workplace, from a school uniform to a wedding dress, they have each other as a lifelong companion.