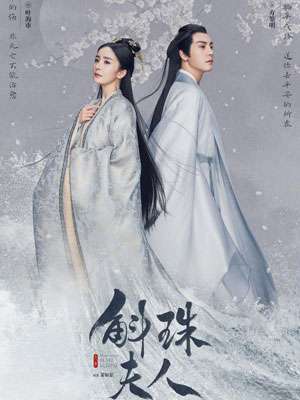 Where to Watch Novoland: Pearl Eclipse

The drama tells the story of Emperor Di Xu, the powerful minister Fang Zhu and the extraordinary woman Hai Shi, who are determined to protect the peace in the face of the complicated power struggle in the court and harem of the Dazheng Dynasty in the vast world of Novoland.

Under the pressure of the heavy pearl tax, the fishermen have no choice but to kill their sons and daughters to make the mermaid shed their tears for the pearls. In order to collect enough pearl tax, Ye's father asks Ye Haishi to go to the sea to lure the mermaid to the surface. The mermaid Lang Huan gives Ye Haishi a bunch of pearls. A cruel official wants to take the pearls and destroy the village. At the time of crisis, she is rescued by Fang Zhu, a powerful minister passing through here.

Ye Haishi becomes Fang Zhu's second apprentice, changes her name to Fang Haishi, and dresses as a boy from then on. During the years with Fang Zhu, Fang Haishi learns a lot of skills to protect the peace of Dazheng and performs military exploits. And because she has experienced many life and death junctures with Fang Zhu, she falls in love. But Fang Zhu is unable to respond because of the guardian mission of Di Xu and Da Zheng. Afterwards, Fang Zhu is forced to reveal her female identity in order to protect Fang Haishi and sends her to Di Xu. The emotional entanglement between the three continued.