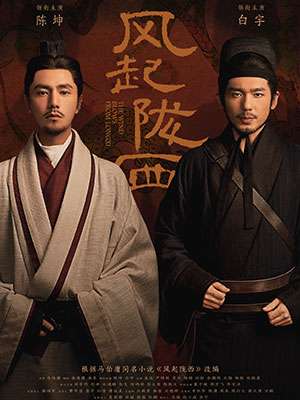 Where to Watch The Wind Blows From Longxi

During a period when ancient China was divided by three regimes and the flames of war were ablaze, two "insignificant" people demonstrated brilliant feats of heroism in a war amongst spies. Their story is a legend known outside of history.

In 228, the Shu army launched the Northern Expeditions against Wei. According to analysis by Shu intelligence, false information sent by senior agent Chen Gong is what led to a tactical error in their military campaign. Counterintelligence expert Xun Xu receives orders to investigate Chen Gong.

As Chen Gong proves his innocence to Xun Xu, they discover that a Wei spy under the codename "Torch Dragon" has not only infiltrated Shu but also intends to steal their top-secret crossbow designs with the end goal of creating chaos in Shu State. Xun Xu and Chen Gong must act together to find the traitor within their midsts.